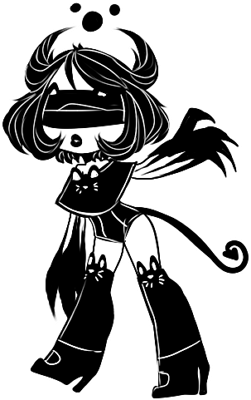 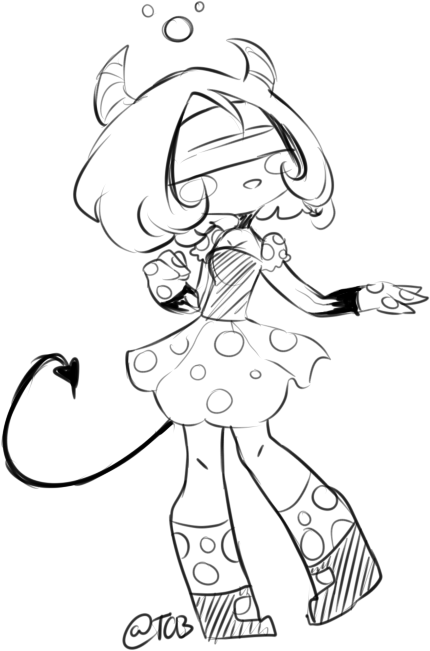 Carlotta is a demon whose origin comes from the pages of a book from around the XX20's. As such, her original looks were much more like Minnie Mouse's, with a polka-dot dress, gloves, knee-high socks, and mary-janes without a heel. This is probably due to the summoner wanting her to look like that; she had no will of her own, after all, being bound to her summoner.

When she came to be her own person - once her summoner had died without resealing her to the tome she was summoned from - Carlotta changed her looks drastically to what people see her in today. She removed her gloves, letting her long, inky claws show, and the only things she truly kept from her original look were the hairstyle and the blindfold.

If one were to remove her blindfold, her eyes are the classic pie-cut black ones of the era.