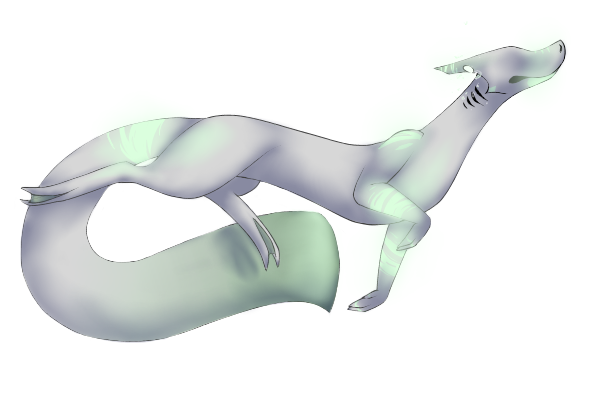 Eshii belongs to a species known as the Voidwatchers. As their main intelligence gatherer, she explores the different civilizations in each universe, mapping out where everything is and taking notes on the catalysts of each timeline. She's the eyes and ears of the Voidwatchers. Eshii loves the freedom that comes with it most of all.

Voidwatchers are shapeshifters born from congregations of a certain kind of energy that is found most abundantly in the Multiversal Void. They can change their form by harnessing their own relativity, reverting to an energy state for a fraction of a second, then reforming into whatever it is they wanted to be. Of course, they aren't very versatile; most usually have 2-5 forms they shift to on a regular basis as anything else is difficult to maintain. Eshii in particular has 4 forms.

Converters like Eshii are the rarest subspecies, only born from a non-Voidwatcher living thing in the Multiversal Void and only during a reset of the timelines. Many of them don't survive, but those that do are stronger than either 'True' Voidwatchers or Remnants, and between the height and health of both of them. They retain all the memories of who they were before they became a Voidwatcher.

GALLERY
[click on each picture to go to the artist!]