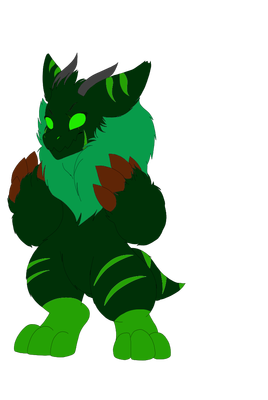 ---
Snowkels' origin dates back to the Mesozoic era of the Earth, knowing most reasons of change from the Earth,
He was a warrior until one day he came face to face with his real enemy, The Stone Hydra. He fought hard and wont the battle, but amongst it all, he became blind in one eye from a claw to the face.
Being from such an old era, he is very old, and now fragile.
He stoped fighting over 2 million years ago and now lives in the deep Boreal Forest.
Most others are terrifyied of him from his large build and the disturbed blind eye.
But he only cares for his Forest, and would never hurt a single being or animal that comes along his prescense.
He lives off of natural fruit from the Forest!
~ CSS by Lu