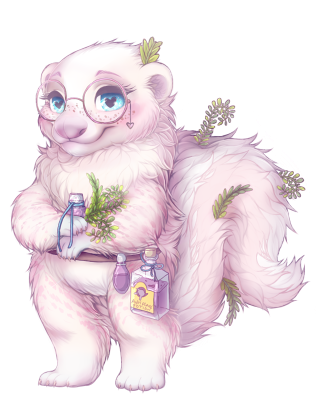 All in character comments will be responded to in character too!
Message me if you need medicine!
Mastered: All Olde Foxbury Medicines A young physician originally from Tigereye Peak. She moved to Fairbridge due to a lack of active doctors. She misses her hometown dearly but enjoys her work and the feeling of being needed. She is quite sweet and caring most of the time, but gets easily irritated when people ignore her medical advice. While she gets along with most of the villagers in town, she and Lillian have problems with each other. Anise is quite brilliant at medicine but inept at everything else. She's an absolute nightmare in the kitchen in doing anything but boiling water for tea. She works with herbs so often, she permanently smells like mugwort and cloves even after a bath. On her days off, she likes to read fantasy books while sipping on chilled orange pekoe tea or cleaning out Aphrodite's tank.