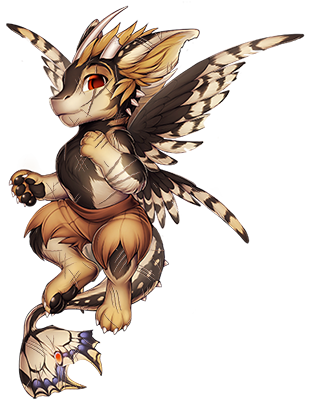 Cadoc was born during a time that knew only war. He was never born necessarily to be loved or cherished, but as an instrument of war. His name was not thoughtfully given, but merely a brash statement of the times they were in, and those times were nothing short of "war". As a result, Cadoc's life quickly was shaped into that of a soldier, serving his people and allowing himself to be used as an agent of death and destruction. To emphasize this dedication to a warrior's way of life, his body was tattooed all over with his peoples' symbols of war. To him, this was always the only way. It was what he was raised to believe and what he was raised to do.

There was a time in one of the many battles that Cadoc found himself barely clinging to life. He had given everything plus tenfold more, and now there was finally no more left to give. His body was broken, though his spirit might very well have been in worse shape. Much to his own surprise, he did not die on that battlefield. When next he became conscious, he was covered from head to toe in bandages and everything around him seemed far more quiet than it had in many years. Had he ever experienced it for himself, he would have been inclined to call this "peaceful".

It turns out, his dying body had been scraped off of the battlefield by a travelling priest. The priest, who called himself Nanook, had bandaged him up and nursed him back to health. It was his natural instinct to try and flee as soon as possible, go back and fight the good fight, as he always was prepared to do. The priest, though, caught and then held Cadoc's interest with nothing more than his words and the strange, conflicting aura that surrounded him. A large part of Cadoc simply needed to know more about his savior.

While he found himself in no danger of dying, Cadoc was also in no condition to rejoin the fray. One of his arms was broken and the muscles in his legs were torn severely. It was nothing that the peculiar wolf priest's magic and prayer couldn't heal cleanly, but even that would take time. For the first time in his life, the warrior was left with no choice but to sit idle, and it quickly became maddening.

In order to distract Cadoc from any self-destructive behaviors, Nanook took to teaching the young warrior. About faith, philosophy, peace and diplomacy. These things would all be expectations if....when the war was won, so the battered soldier listened. When his legs healed enough for him to walk, Nanook began teaching Cadoc martial arts, though the techniques were simple ones at first, and made far more difficult due to his broken arm. Nanook always emphasized the difference between learning to fight against a foe and learning to fight for the protection of ones self and others. Above all else, the priest seemed to truly believe that peace was not only possible, but it was the future.

By the time that Cadoc was healed, the war was over and won. His identity no longer had to simply be that of a warrior- he could forge his own destiny from this point onward. Every bone in his body still screamed for combat, but he wouldn't bring himself to fall down that dark pit and become a mercenary or an anarchist disrupting the peace he fought so hard for.

It was Nanook who rescued him from death, so Cadoc concluded that he would find himself by following the priest's will. In order to succeed, though, he had to find his own way to go about it. This line of thinking eventually led Cadoc to become a skilled blacksmith who specialized in the creation of weapons and armor meant to protect instead of incite violence.

Lore Notes
Among the characters illustrated on this account, there are certain related "lore" points that may be worth mentioning in order to understand character development as well as the connections between individual characters. As I have nowhere else to place these notes, I've just opted to present them on specific villagers' pages.