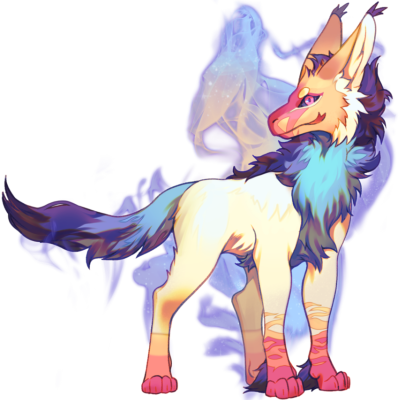 Currently being repaired by Splash. People who live near the forest named them "Inconnu" as "Unknown"
because nobody (human) has really seen them before.
Inconnu has a tragedy backstory that they rather not talk about it. All we can know is they were from another forest in the southern lands before they moved here. But it's not hard to guess that the tragedy was related to fire. The legend said that whenever people made their campfire, there will be a pair of red eyes staring at you. You must make a promise of putting the fire out before you leave. If you break the promise, you will be burned to death. Inconnu don't really have powers to detect fire though. Their nice little friend helped them track the smoke when there's a fire lighten up.

The amazing art above by Fewtish