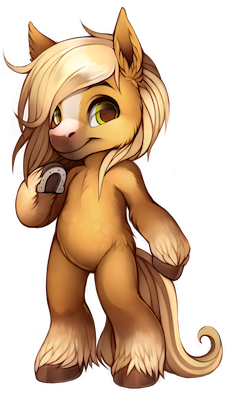 Daniel is infected with Lycanthropy. Changes into a beastly monster after exposure to moonlight or especially frustrating board games. Howling at the moon relieves the symptoms for a little while, but use a Golden Apple for best results.

Daniel is a loner who's no stranger to pain. He became an orphan when he was twelve and has lost a few other companions, too. He tries not to let it get to him too much these days if he can help it. Fighting the monsters gives him something to occupy his mind with, and he has recently made a few new friends, including an elderly white lioness, M, who's like a mother to him.