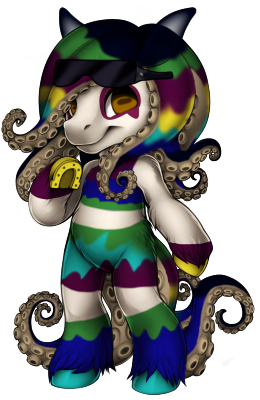 Personality : Hot headed with a fiery tempter although can be level headed if the situation requires it, If someone has wronged her she'll do everything in her power to get back at them. She fears being a disappointment and fights even harder to remedy this though she tends to push herself a little too hard. She's pretty cunning and will try her best to stay one step ahead of her friends and foes. She fears her own powers and sometimes wishes she had died instead of gaining them, however other times she can't imagine her life without them and enjoys messing with people using them. She is very smart in regards of technology however she is clueless about things on the surface.

Bio : Trained since birth to be an elite warrior she worked under an evil dictator, although she questioned his battle strategies she didn't question them as she believed in what he was saying.
Her people have been suffering an energy crisis for quite a while and one day she was assigned to help keep watch over one of their last power strongholds, Desdemona was unhappy with this due to it seeming like a waste of her skills but didn't complain. However another guard on duty had been jealous of Desdemona attempted to kill her and framing it like an accident, she survived but only barely and was rushed to the hospital and was given an experimental drug. Of course this only seemed to worsened her condition but still the doctors fought on, however they were only stalling her inevitable death and told them to take her off treatment, at first they were hesitant but agreed. Once she was off of the IV drip she surprisingly felt better but had also gotten powers unlike her kind had ever known, worried her powers would be missus by her higher up she left the hospital and made it look like she had simply died. She ran away from home and wandered into the territory of her people's mortal enemy and runs into Cherim and hijinks ensue,

Character inspiration : Shockingly it was bendy and the ink machine, bit random I know.

Random fact : I honestly tried my best not to make her an edge lord but I think I failed, forgive me....