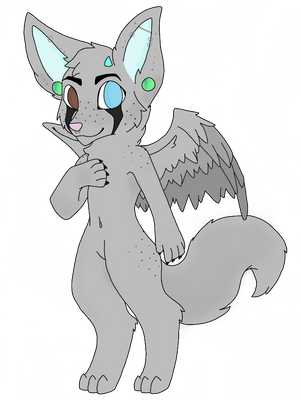 Rhys is infected with Lycanthropy. Changes into a beastly monster after exposure to moonlight or especially frustrating board games. Howling at the moon relieves the symptoms for a little while, but use a Golden Apple for best results. Rhys is of an unknown magical species that hails from Ireland. Even though the species is unknown, those who have seen his kind call them Chimeras as it's the closest thing they can describe.