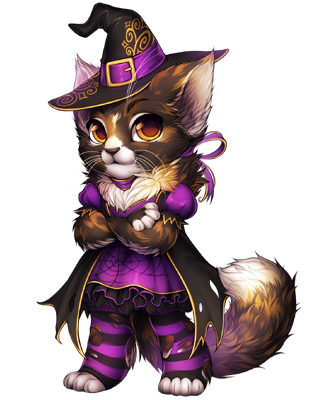 Miriam Smoke is the mother to her twin Cheshire kittens, Russ and Ross. They're off somewhere doing who knows what to some poor visitor. They love to antagonize Grace when she cooks by popping in and stealing her freshly baked goods. Usually they are accompanied by Grace's sister Raechel, who loves to join them on their escapades.

She's currently working with Sergei, the head alchemist, and Dr. Harlow, the head doctor, in trying to find a way to fix poor Mire of his.....undeadness. He's probably the only fur to receive such care and attention from both of the villages more stoic females.

*Be duly noted that these are the kittens of another Cheshire cat, and not the mayor as he is aromantic~*