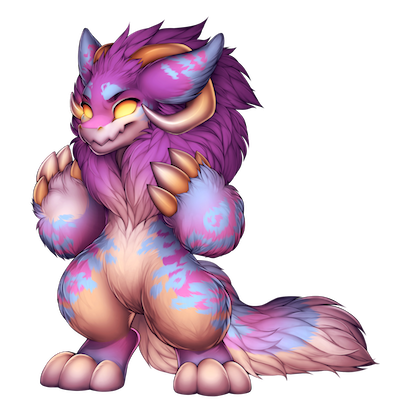 Personality ~
Positive Traits: Ajax is friendly, outgoing, kind and caring. He is loyal, trusting, honest, protective, daring, brave, adventurous and nonjudgmental: not based on looks, as he only judges another based on; what they say, what they do and by their overall personality to know, if they are a good person or not.
Negative Traits: He can be hotheaded, stubborn and too trusting or willing to give others second chances, but only once for each person, as he has learned that some can't just treat you kindly, no matter how hard you try.
Ajax can also be a bit too honest at times, but any true friend tells you the truth, no matter what!

Mental Disorders:
He has ADHD, Bipolar Disorder and OCD

Dislikes:
Anyone harming his mini pet or his friends and family (as well as anyone else he considers to be one of his allies.) not successfully collect/taming a new mini pet, being alone (if he doesn't choose to be) bullies, online trolls (mythical trolls like the ones from the movie; Trolls are quite alright with him! ^-^) homophobes, transphobes, being bullied/ disrespected, being considered distrustful/dishonest/dangerous by those of whom he considers to be his friends, family and allies.

CSS by Tuo
Edited by Davin

Obtained from: Davin
through a trade along with some FC as payment for 5 traditional art pieces
(She were known as Blakes at the time of the trade back in 2018 or 2017hrough a trade along with some FC.
Came as a Pink Wickerbeast with the name, Dexter, his pet, an Orange Fruit Tree Bat +10 charges (Female with and the career; Animal Husbandry. (No change yet and maybe changing into a fluffy costumed wickerbeast with a paintie)

Paintie: None so far, will be obtaining one for him in the near future to go along with a name change and a possible fluffy costume. (The name he will get is Ajax as that is my wickerbeast oc's name.)