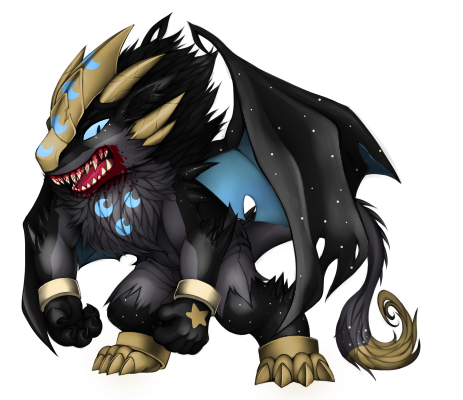 A forbidden child of a sea dragon and a dragon of the frosted mountains, his magic is very powerful yet unstable.

In life he was worshiped as a god and even helped build ties between all 5 known kingdoms, making a shrine made of crystals to signify this bond (the crystal that make the shrine would later become Arosovite)

The pain of his magic led him to go insane and to leave himself to die on top of a hollowed mountain, though before he died he had two sons, each one to rule one of the two of the main kingdoms he worked under.


Even in death he was not at peace as his blood forever dripped from his mouth, making a pool of blood in the hollowed out part of the mountain.


Thousands of years later he was brought back to life by Arosovite against his will, although healthy his blood still drips from his mouth.