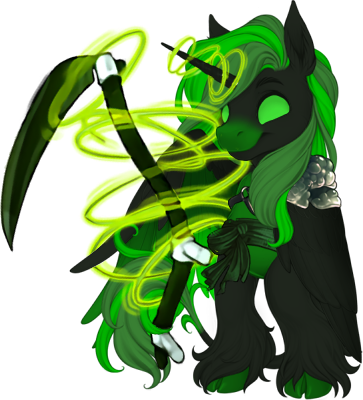 "Your target reeks of disease. They must be Pestilence, Horseman of the Apocalypse."


Pestilence is one of four children, though his siblings are long gone or out of contact with him.

Pestilence was born as a harbinger of death and destruction, though millennia after his creation, he began to learn other things, and began to despise what he was born as and born to do.
Even though he is extremely old, Pestilence is confused, easily persuaded, and malleable in views. He loves children - though rarely sees them - and flowers - which almost always die when he's near. he carries the scent of disease and death, though has control over whether to exude these aspects of himself.

In recent days, he has taken up the mantle of a protector of the people. Whether that means taking his brother's role and starting a fight, or his sister's and tainting the food supplies of ill-willed people. Never once, however, has he killed.
No. Why would he kill when it is Death he is fighting against?

He speaks a multitude of languages, though his mother tongue is an unknown one.
~~~~~~~~~~~~~♥~~~~~~~~~~~~~
Pestilence's Keepsakes
Keepsake Pink Rose Crystal: It reminds him of a better time. A gift from Death, before their falling out. Occasionally, he can be found staring at it.
Feast Participation Ribbon: A trophy won by Famine and gifted to Pestilence.
Squishy Brain Plushie: About as close to a real disembodied brain as Pestilence would allow War to give.
Snake Oil: it makes him laugh. "Cure to any illness", HA!
~~~~~~~~~~~~~♥~~~~~~~~~~~~~
Pestilence's Relationships
Death - Pestilence does not like his sibling at all. He will do anything he can to get away from her, minus kill. In recent days, this has escalated to almost-war between the two, with Pestilence thwarting her every move toward her goal.
War - Pestilence is uneasy around War, but doesn't hate him like he does Death. In recent days, this has changed to a steady alliance as Pestilence as taken up War's mantle of causing friction.
Famine - Pestilence and Famine don't speak often, because they don't see each other often, but they are on very friendly terms. In recent days, this has been strengthened further by Pestilence taking up her original cause of causing food droughts, via plaguing the food stores of inhumane towns and kingdoms.
Wolv - A friend of Pestilence's for many years, one that he always finds his thoughts straying toward in times of great strife. Pestilence considers Wolv to be his first, and truest friend; the one who first, truly showed him what was beyond his birth mission.
~~~~~~~~~~~~~♥~~~~~~~~~~~~~
!! Pestilence's old paintie can be seen here until I can reupload it. !!
All comments by Pestilence are in-character, except for when encased in parentheses.
Paintie by veemo
Voice Claim: Aviators

Pestilence will refer to himself as "we/us" and is learning to call himself "I", but his pronouns are he/him.