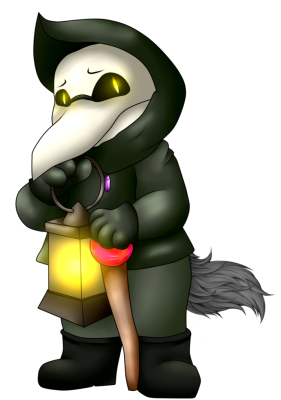 Necros no longer has a house! They will be unable to work. Please replace the house or move Necros into a FC slot.

What kind of animal are they? No one knows, they've never been seen out of their coat and mask. Necros seems to be from a village lost in the sands of time..I wonder where?
Necros never speaks, instead using sign language.
They have an immense fascination with viruses and disease, spending most of their time treating others or studying.