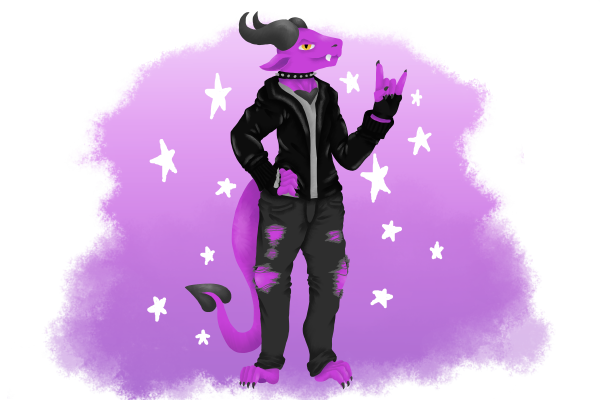 Draegi is infected with Vampirism. Symptoms include craving blood, sensitivity to sunlight, an allergy to garlic, and changing into a bat after especially forceful sneezes. If they start to sparkle, immediately consume a Golden Apple to cure the infection.

Personality: Draegi is one of those people who kind of tries to be a badass, but really isn't. He tends to try to be polite, in spite of his awkwardness, but will actively go out of his way to be as much of an ass as possible if provoked. He's quick to anger and prone to violent outbursts, meaning that others often have to hold him back if someone tries to start some drama. The law is also not much a concern, with Draegi often describing himself as "punk royalty." However, he does have a soft spot, being very empathetic, but he tries not to show it.