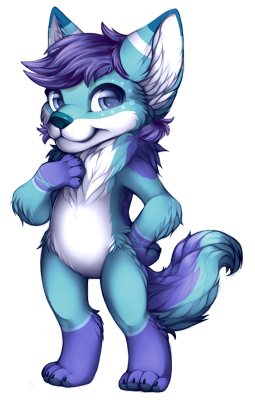 "Move any closer and I won't hesitate to bite you."

Zindra is a black-backed jackal, characteristically cunning and sly. She prides herself on being independent and self-reliant, and is as stubborn as they come.

She generally avoids socialization with strangers, as her short temper and snarky sarcasm usually put others off immediately. Though it takes a considerable deal of persistence and patience to gain Zindra's trust, she values her few friends above all else and is loyal to a fault.

Diagnosed with a mental illness called Feral Regression, Zindra is prone to uncontrollable fits of bestial rage and aggression, triggered by especially strong feelings of fight or flight. Her condition is a secret that she guards very closely, knowing the fear, distrust, and panic it can (and has) caused.

However, beneath the facade of independence and callous apathy, Zindra is very scared and alone. She often worries about losing the only friends she has, and will periodically distance herself from them, believing that will be easier than the heartbreak of them abandoning her first. She also fears her feral side, an uncontrollable force that constantly threatens the safety of those around her.

Still, Zindra is generally fun-loving and has a wry sense of humor. She loves listening to music, and prefers to spend time alone in an open space, especially outdoors.