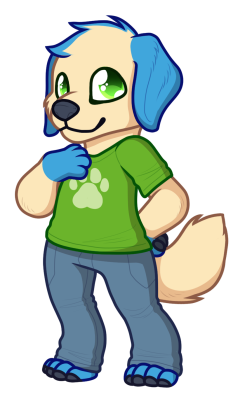 As a happy and usually excited Golden Labrador, Lance spends most of his time trying to help others out and keep them happy as well. He's pretty good with assembling things with his own paws, and so he'd thought he'd try his paw at carpentry.

When he's not busy trying to help others or get better at his own craft, he can usually be found rolling around in the snow around his home village, or eating something within his own home.