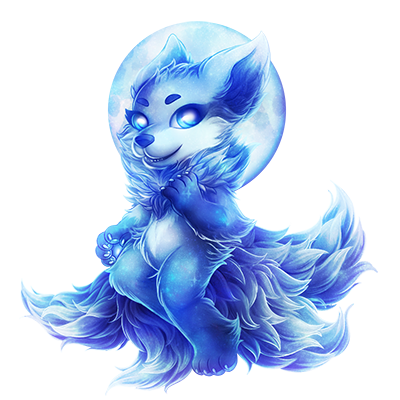 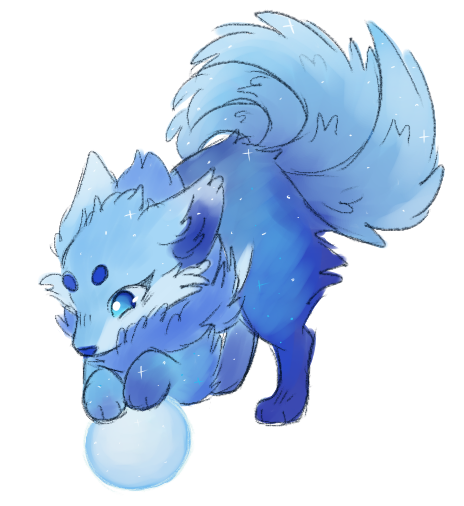 Personality & Background
On Titania, one of Uranus' largest moons made of ice and rock, sits a firm standing ice palace inhabited by Kitsunes who arrived several millenniums ago.

Linnéa was one of the smallest among the royal moon kitsunes. Did she grow out of her small size? No. But she stopped being shy and timid that only defined her as such when she was a mere pup. As second princess, she had no chance to succeed the throne but it became her strength. Instead of worrying about the qualifications and responsibilities to be the reigning head, she absorbed knowledge and honed her skills. She became independent and very free will without having to exert her power as a noble to understand and get what she wants. Although she is stern, she is also playful and outgoing with her close peers. Her opinions are interesting to others as she interjects with perspectives no one else has ever thought about. She would be worthy of a wise queen just like her reigning sister, but Linnéa rather not covet the throne and rather content with occasionally attending council meetings.