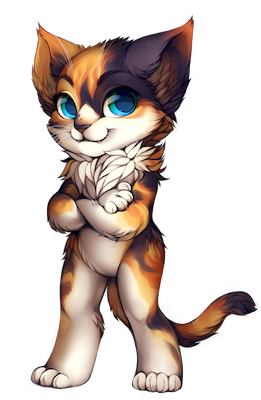 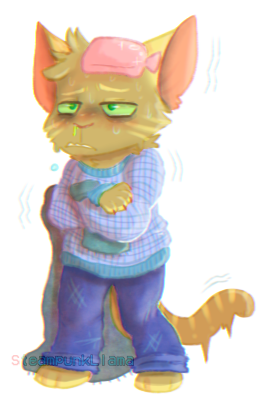 "Just a spoonful of sugar helps the medicine go down"

Blu, better known as Flu, is a sickly cat who's always falling ill. Common cold, stomach flu. You name it. He gets it all. Doctors see him as a medical mystery and question why he's constantly getting sick. Maybe it's because he has weak immune system. Maybe it's because he has a mysterious curse where he's always sick. Nobody knows. But when he's usually feeling under the weather, he grabs his favorite heated blanket and usually stays in his bed all day playing Nintendo games on his Nintendo Switch. He doesn't enjoy being sick of course. But after being so violently ill for so long, he's quite used to it.