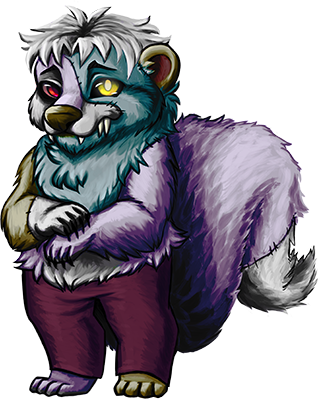 Creature was once normal. Normal meaning they hadn't come into existence yet, as nothing made of the stitched up body parts of about four scientists could ever be considered normal. Creature may be made up of four different animals, but since all but one are technically dead, Creature considers his 'past self' to be the scientist whose brain he has, the only one that can even be thought of as still alive.


A gift from my friend SerenityStarla ! His backstory will be written soon. :)