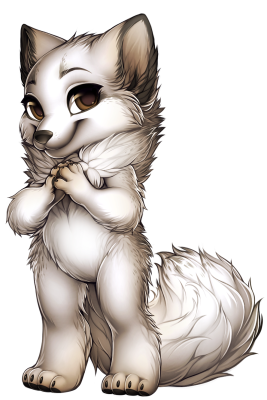 Rou is infected with Vampirism. Symptoms include craving blood, sensitivity to sunlight, an allergy to garlic, and changing into a bat after especially forceful sneezes. If they start to sparkle, immediately consume a Golden Apple to cure the infection.

creep in a t-shirt - portugal the man

pumped up kicks - foster the people

rou appears to be 19 years old, but is really thousands of years old due to the being curse of immortality that was placed upon him, rou is pale, tall (6'11) and muscular. he has short and messy white hair, black eyebrows, and red eyes (reddish pink/ reddish orange depending on lighting). half elf and half vampire. ears are pointed but not noticeably, and elongated canines. has a small, almost unnoticeable scar on the ridge of his nose, along with a few small scars on his torso, arms, and legs. due to his immortality, any damage that is inflicted upon him heals in seconds (as long as the weapon is taken out), scars and wounds from before stayed.

rou is very passionate, and takes actions based on whatever catches his interest. he can be quite greedy as well and acts out of selfish desire; however, he will stay his hand if he is given a good reason to stop. despite his selfish and greedy personality, he has a heart of gold. even though rou thousands of years old, he's easily surprised and excited.

rou was born sometime in the 6th century. his mom was a high ranking elf and his father, a vampire. elves and vampires had been at war for decades, so once the elves and vampires heard of his heritage both clans decided to call a truce as long as he lived and that he would be sent from clan to clan every month once he was 5 (elves to vampires).

most elves and vampires wanted to keep fighting each other, so they started treating rou and his parents like dirt. his mom was now the lowest ranking elf in their clan, and his father was the last vampire to feed from kills.

autophobia, fear of being alone

catagelophobia, fear of being ridiculed

taps fingers or feet quickly when bored or nervous. self-destructive and always wants what’s worst for himself. leaves little notes in library books for future readers. flicks people in the forehead when annoyed. cusses when happy or excited.

"Yeah, you guys were all smiles and then whoosh! Smiles gone and frowns and pissiness in place. "

"I know the phrase 'I'd take a bullet for you' is figurative, but I'm just an overachiever."

"Oh, great fucking spaghetti monster in the sky…what the hell did I do?"