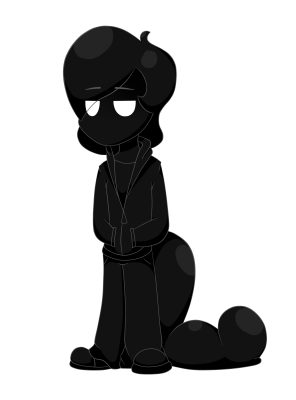 Don is known to sneak around quite frequently; and often not on purpose. People tend to get startled when she suddenly appears to greet them, and while they do apologise, she's becoming quite bored with it. Maybe it has to do with the way she dresses, she doesn't know. It has come in handy, though, when she's deliberately trying to sneak about.
She's a relatively calm individual, not much of a talker but not really in a "shy" way. If she's got something to say, she doesn't avoid speaking, she just doesn't find reason in talking for excessive periods of time, and, quite frankly wouldn't know what to say for that long.

Her responses tend to be short and to-the-point, but when spoken with in-character she'll try her best to do the same.