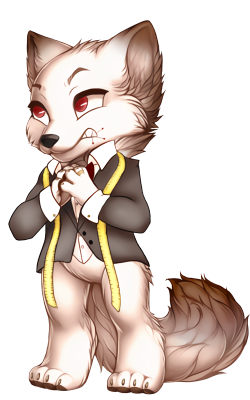 All responses will be in character!

"High fashion?! They wouldn't know high fashion if it bit them in the ass!"

Lucius grew up in Olde Foxbury to his father, a warrior, and his mother, a tailor. Lucius grew up watching his mother sew costumes for the people of Old Foxbury and was inspired by his mother's beautiful designs. He started taking after her at a young age, quickly finding out that he had an innate talent himself for handling needle and thread. He took over his mother's shop once her age got the better of her and her fingers began to ache with arthritis. At the age of 18, Lucius's father died in a battle with a Hydra. This forced him to take on the role of the breadwinner for him and his mother. Luckily, his costumes and subsequent dress designs became popular in Foxbury and he was successful in keeping them afloat.

At the age of 20, Lucius' mother died of Plague. It was a loss that hit him deep. He was no longer able to stomach the sight of his old home or the shop without his mother inside it. So he sold both and used the money and that from his previous work to become a tailor in Quetzal Palace. To his surprise, his reputation preceded him and allowed him to become quite successful quickly in Quetzal Palace. He began to design and sell his dresses and Olde Foxbury costumes that he had mastered alongside the Quetzal Palace costume designs he picked up. Soon, the young fox found himself fraternizing with the upper class of the village as he became more renowned and got more high ranking clients.

Lucius is very hotheaded and serious. It is one of the things people notice first when they meet him. He takes his work extremely seriously and gives every project he receives and every costume he makes his full attention. Anyone who disturbs him gets the brunt of his anger and finds themselves on the receiving end of a terribly scary glare those close to him have become accustomed to. He prefers to be alone when he's working and usually plays loud classical music to keep from being distracted by the noise below him in the manor.

He also does not get out much, usually finding himself swamped with work and more focused on his priorities, not so much going to fancy galas and parties unless specifically requested by one of the mayors or other high ranking members. The times he does get out are either when he's out exploring for his supplies or going somewhere exotic in search of inspiration.

He only surrounds himself with people that he trusts and does not socialize that much outside that circle and his clients, which consist of furvilla citizens of high status. Though he is closed off from a lot of the world by his own choice, he is loyal and loving to his close circle and a handful of clients. He is a bit prickly at first but very passionate and warm once he gets used to their presence. 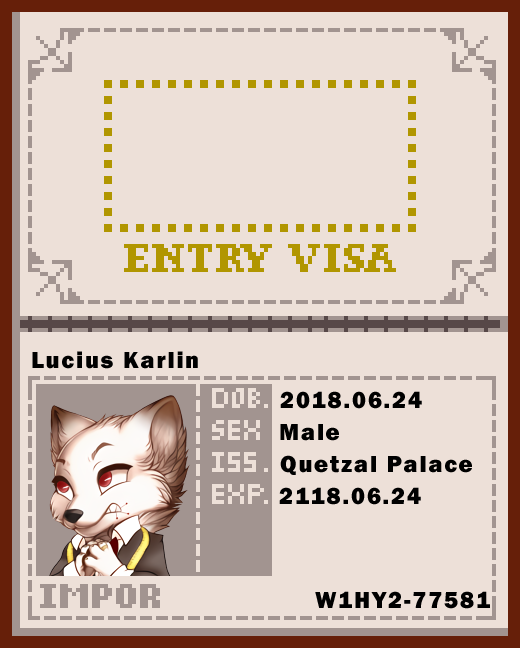