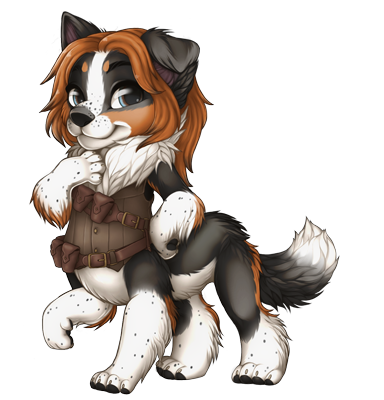 Ashley is infected with Lycanthropy. Changes into a beastly monster after exposure to moonlight or especially frustrating board games. Howling at the moon relieves the symptoms for a little while, but use a Golden Apple for best results.

Yas gives off an air of confidence that she gained from years of being told she would be unable to achieve her goals in life, however she is rather shy at the core and let's few people in. She frequents a music club where one of the hostesses is Olive.

She's a helicopter pilot in the police force, who also trains animals in her spare time. She is close friends with Chris and John as well as Olive.

Yas is bisexual, however she has trouble with forming relationships.