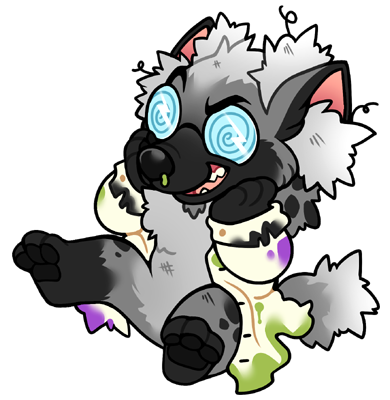 "The brain literally named itself and that's a wild concept, ain't it?"

Talyn is a very energetic hyena, but you wouldn't see that when you first meet them. They're rather calm until you ask them about what their interests are. When that happens, they become a talkative little kiddo!

They tend to make wild gestures and use sound-effects in their dialogue. If they are talking about a movie they liked, Talyn tends to describe the sound effects by mimicking them with their voice.

Will occasionally make a joke or pun when they find an opportunity to, and will definitely point out any and all funny or cute things they see to anyone who will listen to them.