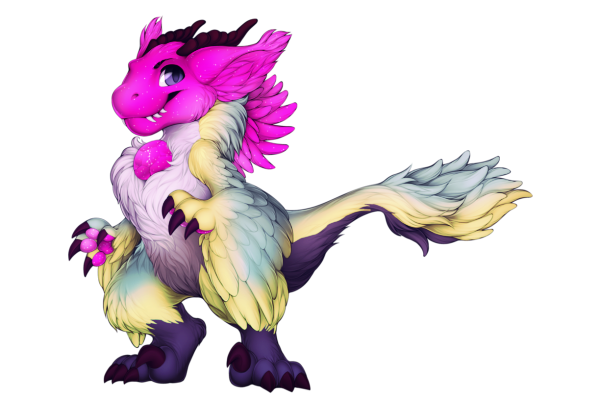 Sent from the abyss full of dying stars we call space, Morganite appeared. Morganite isn't their body, they are simply just a gem.
They hit the planet we know, attaching themself on a velociraptor. They were a nameless creature, one that no one cared about. Morganite came from the star alignment known as "Big Dipper."
They thanked the stars for this body, the unluckiest ones are just born to the earth never to see the sky.
Not long went by as they found a village, and a cafe. Meeting people there, they got attached to this place. They signed a contract with a mad man, now living in the cellar of the place they call home.
Come see them in the Shining Star, only place they feel comfortable in alongside the Big Dipper.