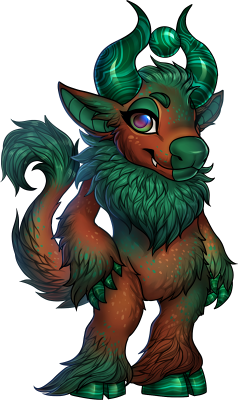 
-In spite of being a mooneral, Maleficent is not ambitious and his ultimate goal is to live a comfortable life.
-Isn't interested in manipulating people or starting a cult, or defending any patch of land, nothing.
-He runs a little tent/stand on the merchant strip, called "Mal-Wares."
-Sells cheaper electronics and novelties. Digital clocks, MP3 players, chargers, headphones, cheap computers and some computer parts. Little stuff.
-Plain and straightforward personality. Speaks with terse words, doesn't like beating around the bush or haggling.


-"Your name is Maleficent? Like the evil queen?"
-Deep baritone voice: "Yes."
-Likes to sing and hum. Has a smooth, deep baritone voice, very pleasant to listen to.
-His pegasus, Diablo, is extremely large, strong, and loyal. Maleficent keeps lots of sugarcubes on hand for her.
-Yes, he can ride her without problem. Diablo is an especially large Pegasus. However, she's mostly used to transport his electronics from place to place and she doesn't get much air time.

-Sings Disney songs in his extremely deep voice.
-People who change the lyrics based on gender are cowards. Mal is not a COWARD.
-Sings while he works.