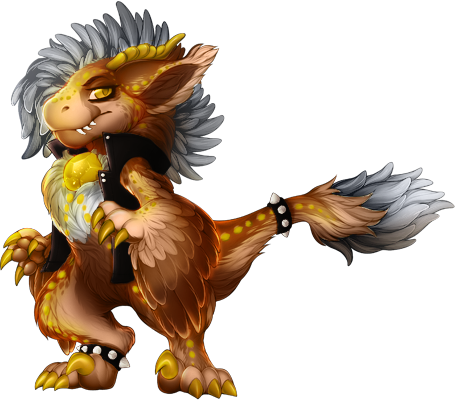 The Furvilla form of my self-insert headworld OC. Easily my oldest extant character.

Her role/backstory shifts wildly depending on what story she's in, but the most canonical path is:

A young small town hero travels through a dark portal to fight evil, only to find herself horribly outmatched. Unceremoniously slaughtered by wandering monsters, her corpse is thrown into the ocean, where it rests until a necromancer in the service of the demon king raises an army of undead to wage war on his enemies. Through centuries of unlife, she accumulates power and connections until finally she is powerful enough to brutally usurp the demon king and become the king of nightmares herself. With nothing left to challenge her, she became bored with ruling as undead god-king and uses her shapeshifting powers to meddle with moral affairs.
Her true form invites madness to gaze upon. Surprisingly chill, given the circumstances.