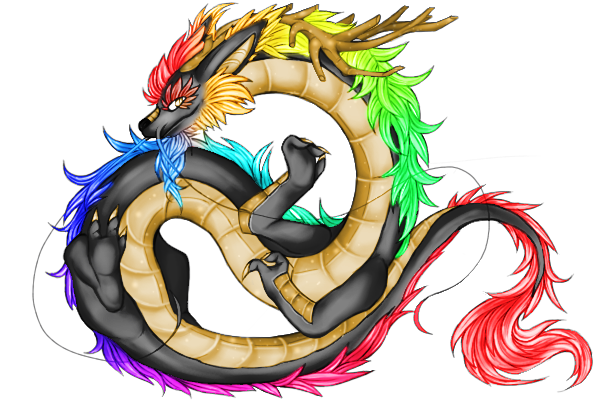 "No matter where in the universe you may find yourself, equal and opposite forces are always warring. Good and bad, hot and cold, strong and weak, there is nothing the universe wants more than equality. And back in the old days, many millennia ago, there was equality between the kings and queens that ruled the land, and the dragons that kept them in check. But now, with so many of us having been killed off, any fool with the tiniest fraction of power has the audacity to claim they are a monarch. These so called new kings and queens-they are all false. They disrupt the ways of balance with their habit of claiming everything as theirs, ruling with an cruel iron fist, never letting justice clean their soul. I do not believe in kings and queens-they have been lost to time. And yet, though my parents long dead and my siblings disappeared, though my species has all but vanished, there are still true dragons that can bring equality to this world. I am one of them. I will protect the innocent against their oppressors, guard growing towns from false empires that are stronger than them. And no matter what, I shall never cease."

Relationship Status: Single and open
Absolon is an Eastern Dragon as old as time, with tough onyx scales, a sparkling golden underbelly, and a flowing rainbow mane. He has stern, unwavering eyes and branching horns. Within his horns contains all of his magic, which is the essence of his very being. Through eating, drinking, resting, and basically keeping himself alive and healthy like any other living creature, Abaddon's supply of magic grows by itself, always being stored in the horns. This magic can do a variety of things, from casting protective spells to allowing him to spend an extended time underwater, from making himself look like someone else to cloaking himself so that he is entirely invisible, to moving things without touching them and being able to fly. Absolon can also breath fire and has fire-resistant scales, but that just come with being a dragon. Absolon's favorite use of his magic is being able to manipulate how large he is. At times only above the size of the average villager, and then not much later longer than the tallest mountain, this particular power is almost limitless. However, Absolon can only change how big his entire body is, never single parts of it, which he finds a bit disappointing when he wants to eavesdrop and doesn't want to waste magic on a hearing spell.

Absolon lives far south from Dragonsmaw Manor, in a mountain range so treacherous few villagers are able to survive there for more than a week. He sleeps in a large cavern usually cloaked by violent snowstorms, and spends a majority of his time there. When he hunts, he finds the largest mammoths, yetis, and other creatures build for the snow that he can find. After catching them, he'll take them back to his lair and feast on the spoils for days. It was during one of these hunting trips when he found Rain. The dragon was trying to improve her endurance, and had decided to travel far south of Dragonsmaw Manor to do so. The mountain ranges were a new challenge for the dragon, and although dragons were naturally build to withstand could more than other species, she found herself going through her provisions much faster than she liked, and the constant blizzards were making it hard for her to find her way back down the mountains. So Rain was hunting a herd of mammoths, which were for some reason already in a panic, when she found out just why that was so. Her glowing red eyes met the narrowed golden eyes of Absolon.

After briefly explaining the situation, Absolon nonchalantly took Rain back to his cave. As he ate, he droned on upon the old days of fair kings and queens and mighty dragons galore, which Rain found entertaining instead of boring like the Eastern dragon originally thought his stories were. Being alone for so long made him eager to get his memories off his chest, so he was surprised when the reaper dragon actually enjoyed listening to them. Rain mentioned how she was the leader of a growing village, and after witnessing the Eastern dragon's initial disapproval, somehow convinced him to come see the village for himself. And so the very next day they took flight, returning to Silverflecked Village in record time. At first disbelieving and condescending, Rain took Absolon around the village for a couple days before he finally began to believe she was a suitable leader. He just couldn't believe that a single tiny creature could gain so much love, respect and power from those she ruled over without making it a cruel monarchy, and by gosh she was constantly improving it too! Absolon said goodbye to Rain in much better spirits, promising to visit often and that Rain would always be allowed in his cave.

Rain likes to visit Absolon sometimes, and they talk about the struggles of leadership and the distant past, what struggles burden them and their worries of the future. The rant to each other, often bitterly, with the mutual understanding that the other will not judge them for it. Rain doesn't always think that Absolon's beliefs are necessarily right, especially those concerning his need for vengeance against modern kings and queens, but they remain friends all the same.