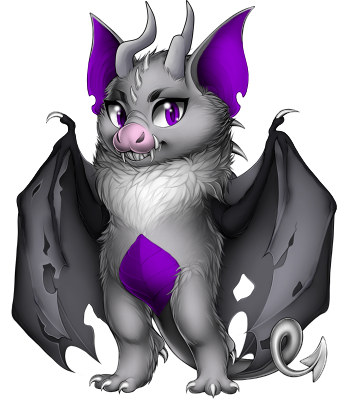 Darius is an adolescent royal false-wyvern currently taking the form of a daemon bat. Fern says it's for his own protection when he ventures out of her lab, and while Darius despises how chubby it makes him look, he does like how he has more spikes and his wings are bigger. He is quite content with being held, and while he does get along great with those he's close too, he can get lonely at times. This is because Darius, as a royal false wyvern, feels the need to be with other royals of his species, which is something he can't exactly do when he's confined to Fern's lab and if he ever does return to his home Hive he'll probably be killed.

Despite him constantly being annoyed by Fern's firm rules and her nature of fussing over him, he is closer to her than anyone else. She is akin to his biological mother, who loves him for more than just his status as a royal.