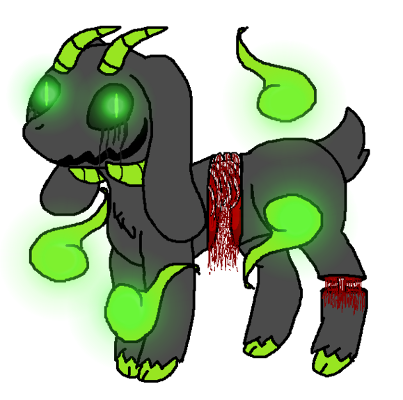 Mr. Nightmare is a creature made by a scientist's hyper active imagination but the creature was feeding off of his creator at a point the scientist had to find a way to remove the creature to save himself he did this by creating a machine to rip the creature from his mind but doing this Mr,Nightmare didn't vanish, it became a living breathing creature. Now Mr.Nightmare roams freely entering the minds of others and passing on as a imaginary friend and slowly feed off of his hosts energy till there is nothing left and moves on to a new host.

As for the scientist he's still trying to solve how to get rid of Mr.Nightmare for good.