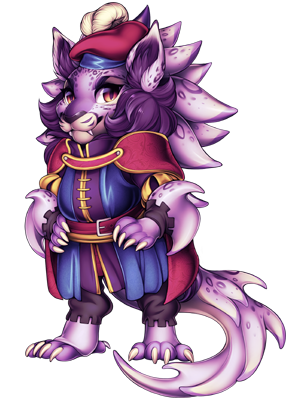 intro
”Hello hello! Are you here looking for Aurboran records? They’re on the third floor there.”
aurborage lore
Aurborage is a small, snowy village located on a floating island that orbits the five main village-states of Furvilla.

The state of the village that the brothers had lived in at the time was deteriorating. They were stuck in a drought, an incurable disease was going around, and their village was constantly raided and trashed by bandits. No matter how hard the villagers tried to pull their village out of this mess, it led to no avail. So, Kuro suggested that they leave the village and build one from scratch themselves.

The brothers searched far and wide, and after travelling across much of the land, they found the perfect place to build a village. There were forests and trees for wood, a lake for water, the land appeared to be great for farming, and there were mountains on three sides of the village. This left only one side which most potential attackers would come from; the main defences would be on this side too. With this, they got to work. Kuro gathered building materials and Taleif built the buildings. First the town hall, then the houses. There was only the two of them, but if news of the town spread and the population grew, it’s best to be prepared. As predicted, word began to spread about a new village founded by the two brothers and many have come to visit or settle down in the village.
Talief was popular with the villagers due to his powers of ice and snow and his ability to create snow in the sunny village that had never seen snow. Although, there was one day when he accidentally lost control of them and cursed the town. He nearly froze the entire town over that day, but thankfully there were twelve magical villagers (now known as the Twelve) who were able to prevent the town from freezing over. They could only halt the spell, not remove it altogether. That day, Taleif left Aurborage, extremely saddened by the fact he nearly froze the town that he and his brother worked so hard to build. He hoped that leaving would help prevent causing any more trouble for the villagers. However, his sorrow only made the spell stronger and it grew harder and harder for the Twelve to control, especially after some of them left and others passed, and eventually, their spell dissipated and Taleif’s curse took hold, covering the entire village with ice and snow.

Stardrift Field: Opposite of the Aurboran mountain range, is a large, flat field that stretches as far as eyes can see. There are aren’t many houses here, just a single planetarium and a villa off to the side. This field is mainly used for stargazing, learning about stars and how to follow them, and admiring all the different stars and constellations. Many gatherings and festivities are held in this field.

Stardrift Villa: Found next to the Stardrift Planetarium is the Stardrift Villa. This large villa is a residence for those who like to stay close to the stars. The roofs of this villa are rather unique. The ceilings of every room is made of glass. The roofs are usually closed during the day, but can open up to reveal this glass at night, allowing the residents to stargaze from their rooms or sleep under the stars while being sheltered from rain and snow. The villa relies primarily on natural light to illuminate each room, although, there are lamps in each room in case of a cloudy day.