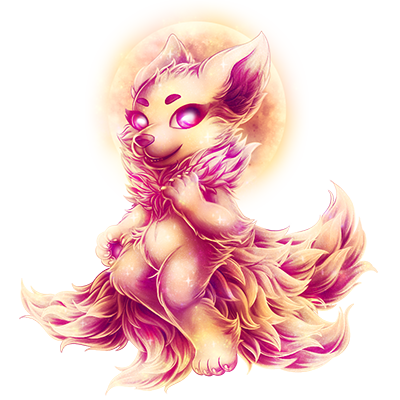 Kyrie is infected with Lycanthropy. Changes into a beastly monster after exposure to moonlight or especially frustrating board games. Howling at the moon relieves the symptoms for a little while, but use a Golden Apple for best results.

E - Extraversion.
Could be described as talkative, outgoing. Like to be in a fast-paced, environment. Tend to work out ideas with others, think out loud. Enjoy being the center of attention.
N - Intuition.
Imagine the possibilities of how thing could be. Notice the big picture, see how everything connects. Enjoy ideas and concepts for their sake. Like to decribe things in a figurative, poetic way.
F - Feeling.
Base your deicions on personal values ad how your action affect others. Value harmony, forgiveness. Like to please others and point out the best in people. Could be described as warm, empathetic.
P - Perceiving.
Prefer to leave your options open. See rules and deadlines as flexible. Lke to improvise and make things up as you go. Are spontaeous, enjoy surprises and new situations. 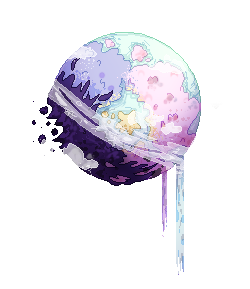 Leonis is home planet to many canines species who are known to be the children of the Leo sun. The founding ancestors were gifted life from their ruling sun named Gamma Leonis and now worship the sun as their dominant religion and tradition with the Sun God as the nominated mascot. With magic and stars. beings possess physical vessels to do their biddings, evolve from their limited feral forms to a more advanced anthro-like bodies. With more breeding and increase of population, more and more canines roam about on Leonis.

The creator himself visited a few times during the creation of Leonis, and allowed himself to erect a monarch to oversee the society and to keep the peace as he could not be around often to monitor. It went to a trusted friend who had an overwhelming positive energy in his heart and a good amount of leadership to lead Leonians to a great path of prosperity and light.

Kyrie is born as a multi-tailed fox, a Leonis' higher born canine species for the notable feature of more than one tail. These beings are known to more strong than others, and live long lives to oversee the creation the sun produced. With no memories of the history of Leonis, Kyrie is guided by the dedicated followers of Leo to teach her the history and ways of a Leonian citizen. Because of her authority in power and existence, she is treated like royalty and welcomed into the home of Leonis' ruling Monarch family. She grows up along side their princess and princes.

Though also because of this fate, she feels a little trapped and limited to what her potential is.

template by spectral
layout by alxq