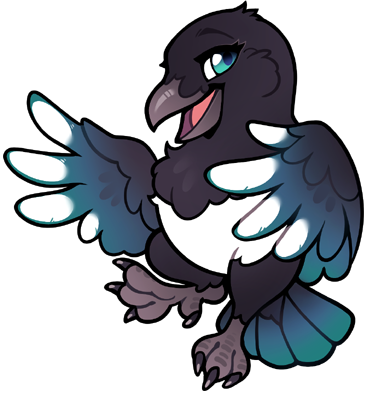 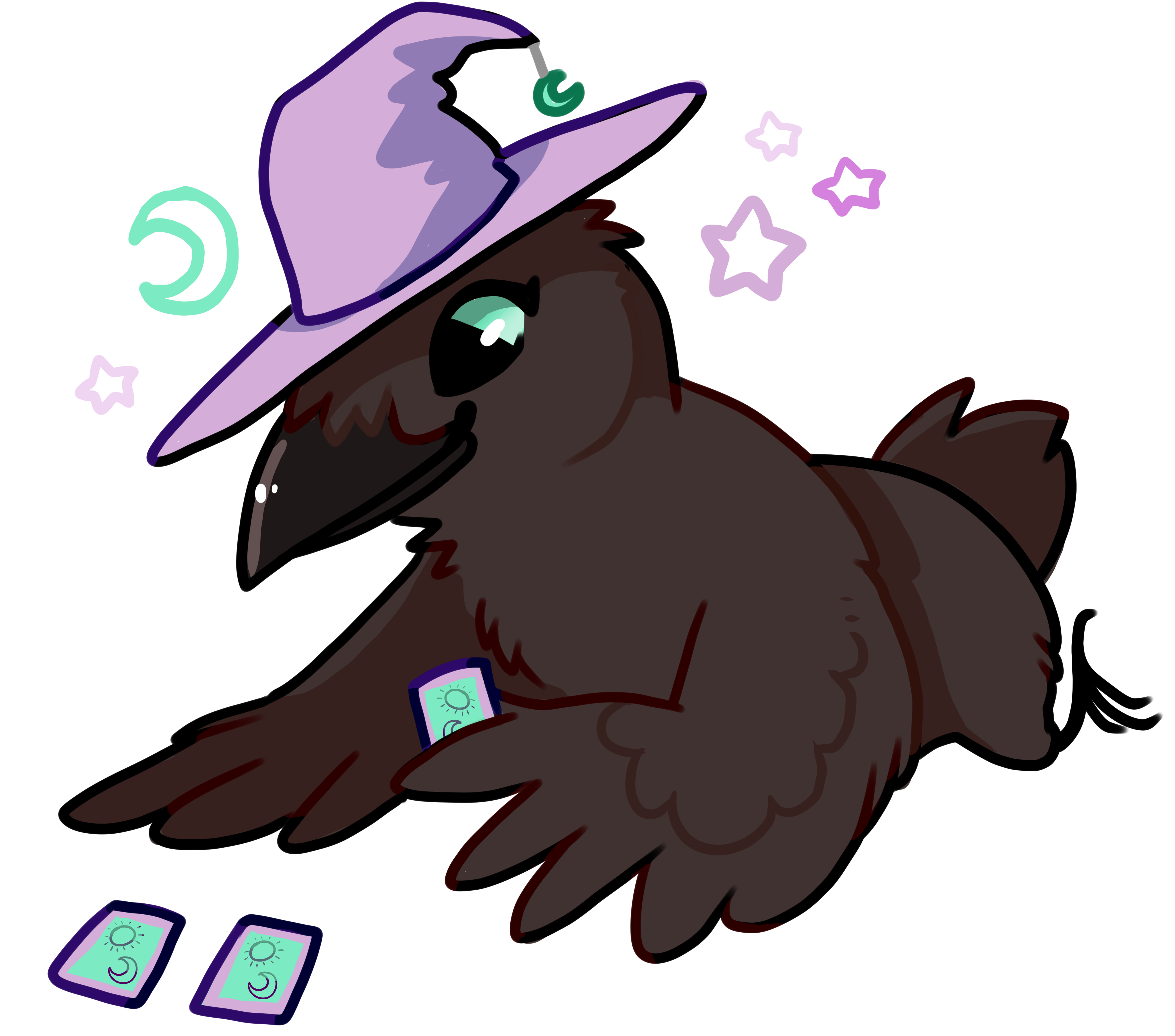 "Magic is everywhere, if you know where to look."
Her toyhouse

Full Name: Chime that rings in the wind. (basically a wind chime lol)
Nicknames: Chime as she tends to go by it for short. However she isn't easily offended if you call her by anything else.
Gender: Female.
Age: Five human years old, which is equal to 24 in bird years. So when she morphs into a human, she looks her bird age, which would 24 human years.
Species: Anthro Crow with magical powers. She can preform magic spells, make magical potions/elixirs and even shapeshift into a human when she wishes to. (which is handy for roleplaying as her in human rps lol)
Role/Occupation: Witch and Alchemist
Alignment: Neutral Good.

Trivia
DoB: October 31th, 2014. Halloween aka All Hallow's Eve.
Origin: A wild forest near a small town that is populated by humans.
Height: 3 ft and 8 inches. (2 ft taller in her human form)
Build: Medium. (slightly curvy in her human form)
Demeanor: Kind, caring and playful.
Themes: Fireflies by Owl City, Halo by Starset and Shooting Star by Owl City.