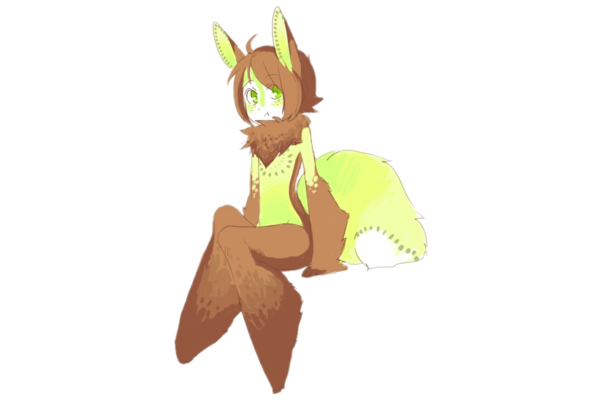 Kiwi is a cute and carefree fox who spends a lot of his time either eating or sleeping. His tail is big and bushy, perfect for hugging!

He is very sweet in nature, and loves just about anything to do with electronics and actual kiwis! He is a bit of a nerd at heart. He loves lovey dovey stuff, and is a huge romantic.

He adores cuddles, and longs to have someone who will be there for him through thick and thin!

He has an older brother named Sake, and he will sometimes perform live shows with him as a side act.