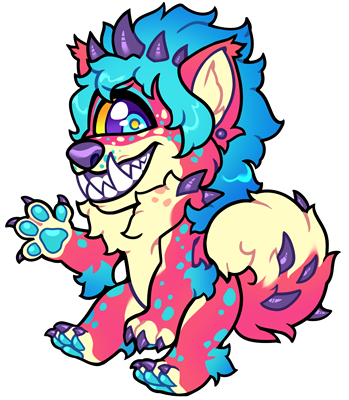 Averill is very well mannered and smart when compared to other cyclops and giants though they still have their moments. They are incredibly territorial and not very social, often preferring to keep to themselves. They only interact with folks when they feel like getting something out of them, whether it's a frightened scream, exotic foods, or a strange new trinket. They like to scare trespassers and see what they will try to do in attempt to save themselves from Averill's bluffs. While they have no interest in harming the innocent, being treated as a dim-witted beast quickly upsets them and can lead to broken bones if the offender does not choose their next words carefully.
Attacking or attempting to slay Averill will result in a merciless death.

Averill is carnivorous but has no interest in eating sentient beings as some giants might. Instead they greatly enjoy cheese, bread, and just about any other food that their body can't properly digest. Though this inability to digest certain foods properly seems to be more of a personal issue than a carnivorous one.

In their free time they greatly enjoy sleeping or designing and sewing new clothes. Recently they've been trying to learn to cook but it usually ends up terribly burnt... They also have problems with depth perception, reading, and patience.