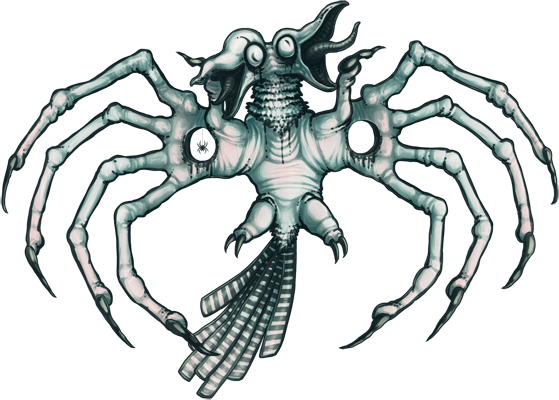 Fluke is infected with Zombipathy. Eating brains relieves symptoms for a time, but comes with memories of the brain's former life. Your doctor recommends adding hot sauce for extra flavor, but a Golden Apple a day will send the Zombipathy away.

Fluke or Flu (right) and Luke (left) is a corvidirge. They are never without their tiny spider friend known simply as Speck. Speck is most often found hanging from one of their two hand/wing holes, forever keeping them clean of various parasites.

The pair harmonious their movements, taking turns in who acts as the dominate hand. Typically this is decided by whoever is currently housing Speck. Sometimes Flu and Luke will try to bribe their tiny spider companion over to their side by carrying around rotting flesh to attract flies. Blissfully none of the three has any sense of smell. For this reason however it is advisable to always stand upwind of Fluke . . .

---
Re-uploading Paintie since I sold the villager this paintie/character originally was on.