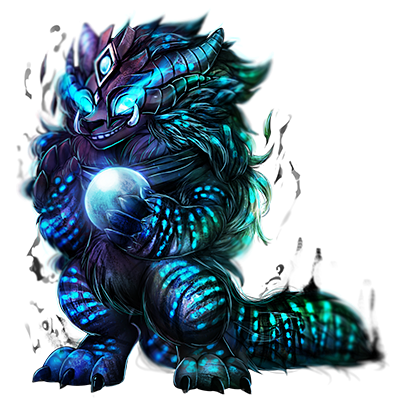 Paintie Created by mieulinhtu
My name was once Imperius, a great Spell Sword who was able to harness light and manipulate it to my will. I was admired by many and beloved by all. I glowed with each step and gleamed with youth. I was so young and naive that I trusted all of those around me and even my most trusted peers.

But one day I was betrayed.

Tainted by one of my fellow colleges, poisons from the very core.

My light turned to shade and everything around me thickened into a pitch. I corrupted everything I touched including my beloved to be wife Auriel, so I sought revenge and embraced the evil within me and became Ragnarok.

He was once a beautiful golden Spell Sword named Imperius. He was the best of his kind, capable of just about any magic. He even glowed with each step he took, gleaming with radiance of magic and youth. At a very young age he was able to master even the hardest magic, but instead of keeping cooped up in a tower like most mages he used it for combat.
Doing so earned him many rewards and honor among many including the beautiful young princess Auriel. They quickly fell in love and planned on eloping, but other court mages became jealous of his fame and fortune. One day he was invited to a ball held by his fellow mages, but little did he know it was a trap. There he was surrounded and captured. They strapped him down and began to taint him with forbidden magic turning his once beautiful glow to shade.
After hours of doing so, the once lit room became dim....

The mages left him where he sat, cold and alone. After a few hours Auriel came seeking him only to find a shadowed room. Lighting a torch the shadows attacked her, tainting her as well. Breaking from his bindings he ran over to his love only to find she too had been tainted, but not by them.

Furious, he screamed out in anger casting the shadows to find the ones who had done this to him and annihilate them. He took over the kingdom with his shade and made it his palace. Destroying anyone who dared enter. From there forth he became known as Ragnarok. The king of shadows and the purger of light.