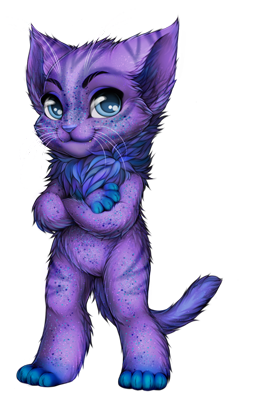 Sång is my RP character from the French breeding game Woltar, that I used to play back when I was a young teenager. I somehow constructed myself after his way of life, so it's only normal that he has a place among my villagers! I have a paintie in construction for him but anyway I do not have enough money to put it in the game...

Sång is an eccentric (and egocentric) punk-style person, most of the time hanging out with himself and his hallucinations, looking for dead places to explore and growing psychedelic plants (he makes them listen to metal, thinking it helps them grow). Being a loner doesn't stop him to be super outgoing and loud when he's with his friends or with strangers, if he thinks they are worth his time and energy.

He's also small and thin and a total show-off loving to ridiculize himself, to drink booze and to smoke anything that can be smoked.

In my pack of weirdos, he's a bit of a leader because despite his child-like behavior he can be very strong and welf-willed. He's a bit friend with everybody, his talents at growing plants and forging weapons being greatly appreciated.