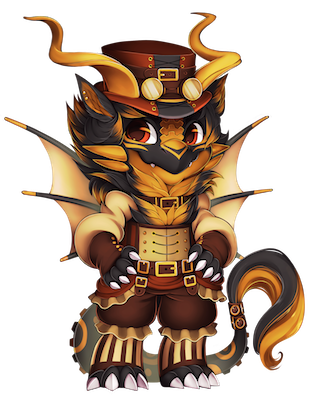 -
-
-
Big, strong, and naive, this brute has been used by power-thirsty individuals for most of his life. A mysterious massacre left him having broken his chains and striking out on his own.

A few months of wandering later, he stumbled across a tavern being ripped to shreds by a whirlwind of hair and claws. Normally he wouldn't get involved in matters that didn't concern him, but something drew him in. There was something... familiar about the shape that he couldn't quite pin down...
Only after he caught and restrained the attacker did he recognize her face. As her eyes caught sight of his she calmed and promptly began to cry, curling into his chest without seeking permission first. Startled but no longer in defense-mode, Brutus slowly gathered the now-small figure into his arms and turned to leave the destruction behind.

He had found the reason for his newly found freedom, and amid quiet sniffles she was softly humming that familiar tune to him.
-
-