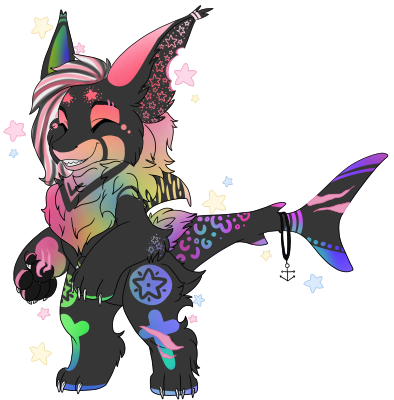 Hi!! Thanks for visiting my sweetie-pie!!~

This is Sukii! Sukii is an extraterrestrial-based Manokit! Which is why she will have small differences between other manokits ^w^

Enough of that though, here's a little summary of my darling Sukii!

Sukii was originally born Nuetrois, yet likes to be called by a female alias! As I've mentioned above, she is an extraterrestrial (alien)! She had hatched on Earth after being dumped into the ocean, thought to be a dead egg of the batch. Soon, however, little Sukii did hatch! She spends most of her time on land, but still enjoys spending time in water.

She lives in a little hut by a small body of fresh water, surrounded by a thick pine forest. She plants her crops in the water, and on land! She uses these crops to feed herself or other creatures, experiment with new medicines and toy with some alchemy!

Any passer-bys are always given a big welcome by Sukii, who usually will offer fresh food and a place to rest!

Sukii is a very sweet youngling, who finds a fondness to other beings! Especially ones that can actually talk to her, She has a gentle and sweet personality, often looking to help or cheer others up.

That's about it! I'm always open for Rp's with Sukii, though I prefer them being in fourms ;w;