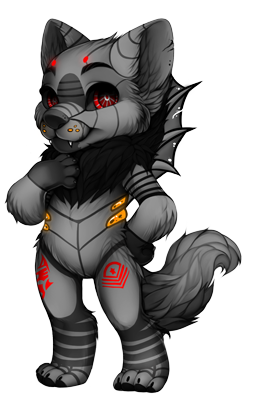 Bio
She born under the careful watch and eyes of the last prime, and was to be raised as his successor. However Things went awry and she was captured by the leader of the Decepticons, Megatron. Her young spark was transferred from her Sparkling frame, into a already built and ready Predacon Frame. She was to be used as a ultimate weapon against the autobot forces, against her father. However During the battle of Egypt towards the end when the tyrant let her loose to wreck havoc, her father was able to capture her back, and restore her mind, and brought her back to their side. Now she is the commander of the Dinobots, and awaits her fathers orders, and for him to return to earth.

If you never heard of Transformers, then I suggest you watch the bay movies or the old G1 cartoon. They're good. For those who do, her story begin at the start of the Revenge of the fallen (2nd movie), and is to be continued at the end of Age of extinction. (the fourth movie)
This character is my Meta-Sona This pic was made by LittlePiranha on DA. Do NOT use please