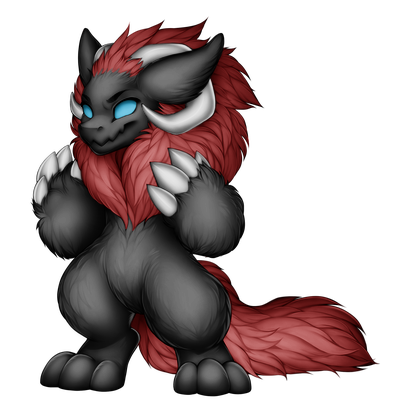 Ayla was once royalty, but politics is a dangerous game. As the middle of three children she had brothers both older and younger than her, and her older brother was named to take the throne so she never thought much of it. At least not until rumors started to spread that her older brother was a tyrant, while she had proven herself to be a kind woman, a friend to the commoners, and having a good head for the game.

She was no threat to him, but that didn't matter. Her brother wanted her dead to eliminate the rumors that she might take the throne in his place. Ayla sought the help of a local guild of assassins, not to kill her brother but to have one of them kidnap her in the night so she could flee and find safety elsewhere.

The plan worked, more or less. Ayla found shelter far away where no one knew she was royalty, but the assassin stayed with her. He had fallen in love with her because she beautiful, kind, intelligent, and above all never once treated him as lesser despite his upbringing and lack of the sophistication that she had grown up around. In her own way Ayla too fell in love with the assassin, for he was from a foreign land and so in her eyes beautiful in his own way and his accent was hypnotic to her, and he had been the one to take her away from the dangers of her brother wanting her killed.

Eventually the pair settled down, though it became quite apparent that the former princess did not need the assassin's help in defending herself. She had weapons training and is a fierce warrior in her own right, so when the village began to become plagued with monsters she took it upon herself to help defend them. She married the assassin, and as a husband and wife pair they are now putting their combat experience to good use helping stave off monsters and keep the villagers safe.