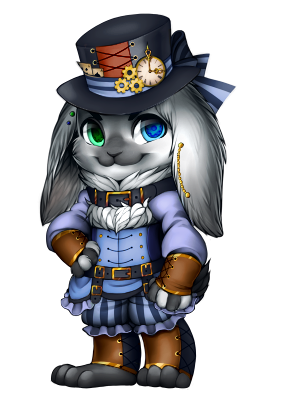 Born in a family of Blacksmiths, Ash wears the job proudly and always tries his best to make papa proud.
His mom died when he was 5 years old. He doesn't remember much of her but for what he remembers, he loved her.
Since he was a kit, he was always interested in the metallurgy scene, as time went on, he also discovered he enjoyed glass blowing.
He goes to the local medieval fair with his father and grandad to sell his handmade products. The interest is slowly decaying, however.


Ash is a very good eater and will probably eat whatever its on the plate, wich dad likes because he is not so good at cooking.
He also spends a lot of his time on his phone browsing the webs and playing MMOs. Due his job being pretty intensive and time-consuming he is often left behind with whatever new friends he mets in the games

In his free time he makes Hydraulic Press and Glowing Hot Red Knife MyTubes videos and has a Pantreon.
He also hang out at the train tracks with his friends the Saturdays
Jokes about eating the "Forbidden Honey" with his parent, who shows concern for him.
Grandad understands it's an "internet meem, son"