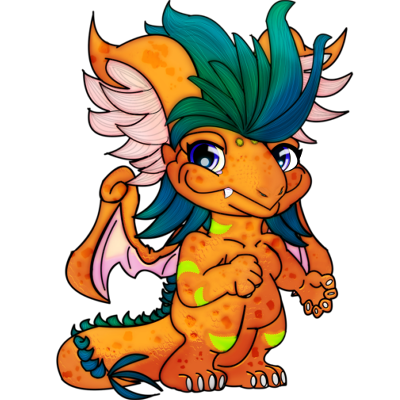 Huebie is the name of the male variation of a Potato Dragon. Female Potato Dragons are called Hildrie and tend to be less outgoing than the males. This Huebie is at the Whelp Stage of life.
Biological Gender Differences: Males have no horns,more markings,fuller mane,no pouch and a longer nose.