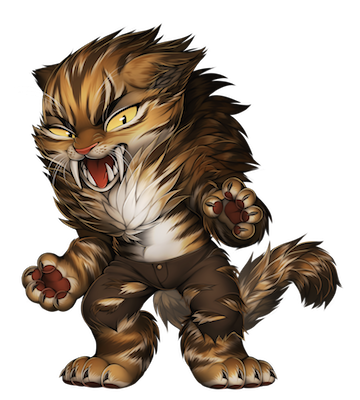 After the chaos that was the serpent event, the other villagers decided to give Xenzis an egg so that hopefully he wouldn't be so sad about Inu refusing his love. The egg hatched into a small serpent, and despite being hesitant at first, he decided to take care of it. Now he calls it sweetie and cries to her every day. Sweetie licks away his tears until he's ready to face to world again. Xenzis doesn't let anyone get near sweetie.