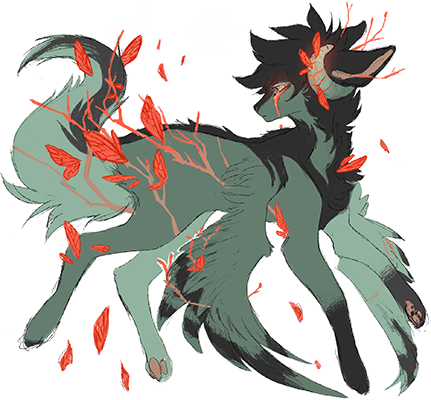 Neliel is infected with Vampirism. Symptoms include craving blood, sensitivity to sunlight, an allergy to garlic, and changing into a bat after especially forceful sneezes. If they start to sparkle, immediately consume a Golden Apple to cure the infection. 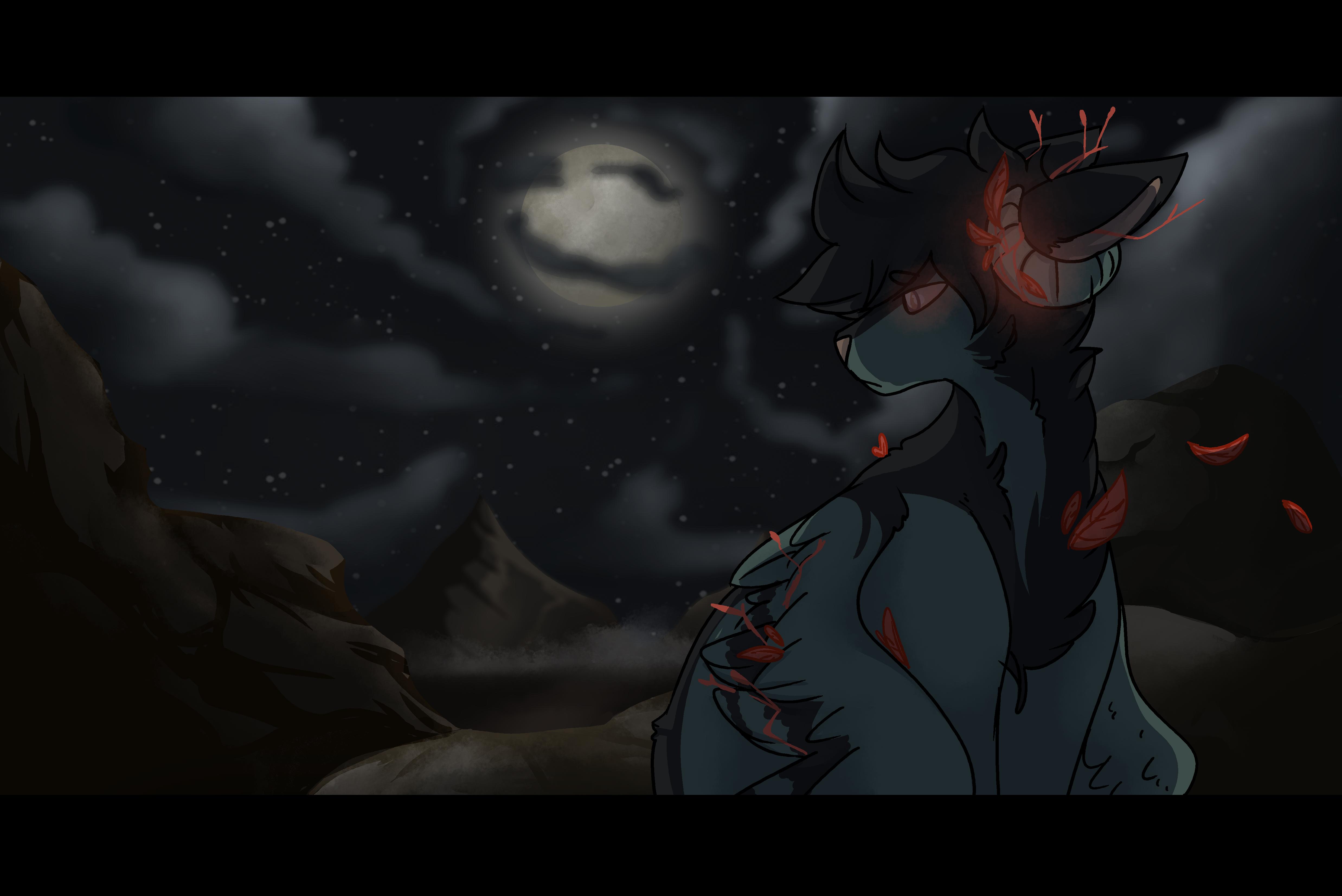 A starless night extended out from the horizon like eternity. The world was bleak and dark; a shadow of gray-black shrouding the skies with nor a twinkle shimmer from the moon itself. Light was but a distant memory, and Neliel couldn’t be sure it would ever return for him.

It had been like this for perhaps hours, perhaps days. Time held little meaning but everything always seemed so gloomy with darkness. Even as the Fallen Angel extended his wings, stretching them so that the tips grazed the muted green grass they heard no whispers of creatures of the night. No shuffle in the dark of predator seeking out prey, no howls of wolves or ominous screeching from owls.

Neliel had felt this emptiness before. This sensation of hopelessness, that living amounted to nothing and that desires were a dream manufactured by children who still didn’t understand the ways of the world. His stomach twisted in his chest with the forbidding, the knowing that not all was as it should be; that there was something, someone, missing perhaps.

The slate feathers along his divine wings ruffled as they tucked them graciously against his sides, wincing as the webbed cracks along his scapular structure and down his flank widened with every burdening movement they made. The logical part of Neliel’s brain frantically told him to stop and rest so that his wounds may heal, but the cloud of melancholy dread that lingered over his brain was numb to his own conscious thoughts of urgency and self-preservation.

Trailing instead deeper through the grove of trees and thicket, Neliel followed a different instinct instead; the gnawing thirst that panged him. No matter how sickened with a strange sense of regret and sadness, they needed nutrition. The eerie glow of his eyes; a silver-white light the nonexistent light of the moon, startled small mice and grasshoppers into diving for cover.

A familiar and comforting sound of babbling water over rocks brought the Fallen Angel to a small creek bed. Small fish splashed along the sides and hurried to the deeper pools of water as the mythical being dipped his head to drink. Droplets of water dripped from their muzzle and crashed back into the water and on the ground.

Distantly but approaching, a rumble of thunder caused Neliel to prick their ears; swiveling them so that they brushed along the curvature of his slopping horns along the side of his head. A silent eye was turned to the sky, watching as bolts of lightning flickered far off; igniting both sky and brightening some of the trees further away.

What ironic chaos, Neliel mused. It was as if the approaching storm was a manifestation of his very thoughts. It had no reason for being disturbed; it could sprinkle but instead it would crack lightning and thunder and pour rain. Violent and unpredictable, just as his mind.

The breeze picked up and all the pleasant aromas of nature stirred against the Fallen Angel and wafted into his nose. Briefly with eyes closed, they relished the feeling of wind ruffling fur and the way their plumage and down puffed out and trailed with the straight line winds.
{By RoyalBlackHeart on dA}