21 Nov 2017, 8:40 pm
Well, technically that's a lie--I made a partial fursuit once, six years ago about, with my mom and it turned out... pretty okay! But the fur we used was very cheap (well, it seemed expensive at the time when you get so many yards of it) and we didn't really know what we were doing. That being said, it turned out alright, but I'm ready to try again!

That being said, I need advice on a few technicalities. I've got foam carving down, pretty much (though I'm curious as to how some people get it so smooth--are scissors acceptable or is some other kind of blade used?), but for the rest, I need help haha. I'll try to avoid asking questions that could easily be found in tutorials on youtube!

1. Where can I buy an airbrush for fur coloring? What kind of paint is used? Does airbrushing fur make it stiff and uncomfortable to the touch? If so, how can this be prevented? Dye? What are the logistics of dying / airbrushing very large sections of fur (like the entire stomach or entire back or entire paw / arm)?

2. Where can I buy a good shaver for fur shaving? I assume it has to be electric. Is there a certain brand that you're fond of? How often would the blades need to be changed / be unclogged from all the fur? And just because I'm curious, what do you do with all that shaved fur? Stuff a pillow with it? xD

3. When furring a head, do you recommend gluing the fur down piece by piece after duct taping and cutting it into pieces? Or do you recommend sewing a lot of the head pieces together and then putting it over the head like a big sock (and I guess... gluing down the loose pieces, or sewing them?? I'm not sure)

4. Do body suits have sleeves for your body like handpaws do? Or is that what underarmor is for?

5. How would I go about making hand "paws" for a deer who does not have hooves for hands? Specifically, I'm talking about my character Cody (ref // ref); his hands are basically human, but the thumb and fingers are all made of hoof material (this can still be soft though, just not fluffy-looking).

6. What do you use to make noses (like dog and cat noses--I know a deer nose would be softer and probably just made of foam / fur)? What about hooves? Horns / antlers? How would I keep them firm enough to hold shape but still be soft enough to the touch? Felt just seems so stiff and hard to work with, though that's been recommended to me before.

7. Is there any way make a suit that has a slim neck? Most of the ones I've seen have a big ol fluffy neckpiece that's separate--I think I've seen it called a "donut" by a lot of people haha. I want the neck to flow into the body almost seamlessly, but I'm not sure how that would be possible without basically connecting the head to the body--always a bad idea, I'm sure.

8. When making feetpaws do you have to totally sacrifice a pair of shoes? Or can you make it so that the shoes are removable? I'd love to be comfortable and use my favorite pair when suited up, but I don't want them to be stuck in paws forever lololol.
art shop | dA | toyhou.se 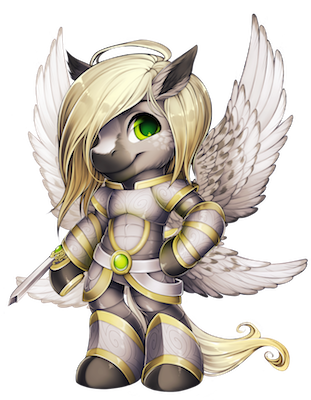 1) Depends on what country you're in I suppose, but Hobby Lobby (A. C. Moore, Michaels, possibly Jo-Anne's might as well) generally has a fair selection of airbrushes. You can also try Harbor Freight and other hardware stores. Amazon/ebay are always options, too. You'll need the brush itself, a compressor, and a cleaning kit. I don't know for sure but I would imagine dye is preferable to paint. If you visit a brick-and-mortar craft store you might be able to get some advice from the clerks as well.

2) I'd wager any brand of electric clippers would work. A "full size" model (about a 2" cutting width) probably would work more smoothly than, say, a smaller "beard" trimmer. Biggest thing here is to just take it slow to avoid jamming the trimming blades. And it's probably a good idea to shut it off, take off the trim guard (the piece that attaches to the "head" of the trimmer to set the trim length) and brush out the fur with each pass just to make sure it doesn't get gummed up.

3) Honestly I'm not sure about this one either. Some tutorials made it look like after getting all the templates made and the pieces cut out, they sewed it all together to make a full "skin" and worked it onto the head, while others made it look like each piece was glued on individually. Not really sure which is the easier method and I have zero experience of my own to draw upon.

4) The underarmor is mainly just a "sweat guard" between your body and the suit. Whether the body suit has sleeves (and how long they are) seems to vary from suit to suit and often depends on how the "hand paws" are done. If they just have "basic" hand paws that come up just passed the wrist, the suit generally has full length sleeves. If they have shoulder-length "hand paws" (or "arm sleeves" separate from the hand paws) the body suit may only have "t-shirt length" sleeves, just enough to overlap the arm sleeves for full coverage.

5) You could try vinyl/pleather to get the more "smooth" look of a hoof while still retaining some dexterity in the fingers.

6) Some use vinyl (upholstery vinyl is stiffer and may hold its shape better), some create a mold and cast their noses pieces in silicone. You could also carve one out of foam and then perhaps use Plasti-dip or Flex Seal to seal it and make it more durable (not sure how it will work out as far as texture goes, that may require some experimentation to find a method that yields the results you want).

7) It's possibly, but I think it's often passed over in favor of convenience. A more form-fitting neck would require either stretch fur (more expensive) and/or a zipper/velcro closure so that you can still fit your head through it. You could try building the neck into the bodysuit (essentially creating a sort of "turtleneck") and hope there isn't a gap between the head and neck where skin (or hair) could be exposed. So, if you went that route you'd probably want the neck of the bodysuit to extend all the way up to your chin, along your jawline, and at least up to your ears across the back of the neck. You could also possibly make a separate piece entirely, usually referred to as a "neck seal" in cosplay circles.

8) In theory you could essentially make oversized "slippers" to fit over your shoes, you'd just have to figure out a way to secure them to your feet/ankles so they don't just flop around or slip right back off again. You could look for a pair of cheap, comfortable shoes to use as a base so you don't have to do anything permanent to your favorite pair. Another possibility is "sock paws," and they're pretty much exactly what they sound like. They're generally smaller and more flexible because they are not made of foam padding built up around a shoe but rather a furry "sock." You could still sew some padding into it to give it the proper shape. With the design of this character's feet that may be an approach worth considering. The downside is sock paws aren't really good for outdoor wear, unless you built "shoes" to wear over them (a bit of EVA foam cut from one of those anti-fatigue floor mats and some straps to make "sandals," perhaps).

I hope that helps. Wish I could give you some more in-depth answers (or at least ones backed by actual experience instead of just theories and concept).

23 Nov 2017, 10:52 pm
Best of luck. I've got a bit of a project I've been procrastinating with for a little over a year now. Was gifted a fixer-upper/WIP head at Furpoc 2016 by Oreo of Locomotion Fursuits, and I've mostly just been playing with ideas of what I'd like to do without ever actually committing and just doing it.Part of that is not wanting to get started until I have everything figured out, and all the materials and techniques involved nailed down. There are going to be dreads involved, so I'm trying to figure out if I can get a suitable look with yarn, or if I should try fleece, or what to do.