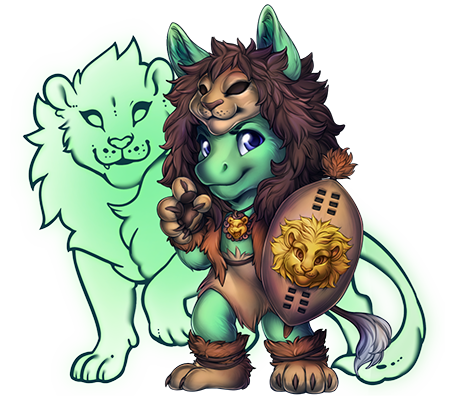 My favorite Neopet, Urasina, reborn in Furvilla. Yet another Internet conquest for my beloved little mare! Currently she's working to make Olde Foxbury safe again, but it's not easy in this new world.

Urasina splits her time between fighting monsters and forging or repairing her gear. As the lead mare of her little group (and also the strongest), she's the one everyone looks up to. She doesn't see herself as anything special, just another mare helping her village. While keeping Faolan in line; tending to Buck when he gets injured; helping keep Steppe's planters safe; providing moral support to Tatonka, Yukumo, and Moofy; humoring her "Number 1 Fan" Plume; teaching Tybalt about life above the water; and trying to figure out Kodama.