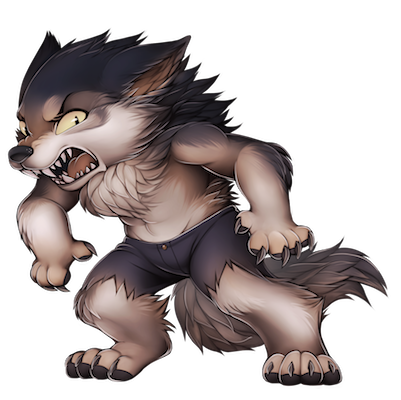 Lucian no longer has a house! They will be unable to work. Please replace the house or move Lucian into a FC slot.

Lucian or Luke by his friends, or Lenny, by his friend Kal. Lucian is also commonly known as the 'fabulous rougarou."

A troubled young man who dropped out of highschool. He never had a father growing up and he often gave his mother a hard time. One night, a violent thunderstorm shook the Los Angeles area. He was having an argument with his mother. She told him if he did not stop vandalizing things and stealing she was going to send him off to a boarding school. Enraged, he fled his home and into the woods. However, he felt he was being stalked. He was suddenly attacked by a wolf like creature, his fatal mistake being that he stared it in the eyes. He found himself turned into a unstoppabled Rougarou. The not in control Lucian broke into his house and killed his mother. Soon after he wandered the streets and went to his girlfriend’s apartment, killing her as well after refusing to come with the rougarou. He woke up the following morning shirtless and learning what he had done to his family. The boy fled and spent months trying to control his other half. He was soon picked up by some assassins and taken to another galaxy, they offered him a warm bed and a job.

However, Lucian soon turned on his partners and killed them all after learning they were going to sell him to an exotic beast handler for money. He lived on the streets of Coruscant for years before he ran into an unlikely ally, Kal. Kal mistakenly heard his name and from the time on, calls him Lenny. Kal is Lucian’s only friend and no one associated with Kal knows he exists. However, Annabelle suspects Kal has at least one friend because Kal often talks about a “furry fella who wants to rip your guts out at first but is really an okay guy.” Everyone else just believes Kal is making up a story. He cannot roar right so he always ends up saying “bawrawrawr” and Kal makes fun of him for it. Kal was able to get Lenny help from a potions master who made it so his eyes did not turn people into other Rougarous.